Reasons to Use Minibus Hire to Football in Wallasey 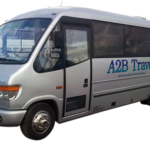 There are many benefits associated with using minibus hire to football in Wallasey. There are a number of popular league teams in the Merseyside area. Liverpool and Everton are the two biggest teams and play in the Premier League. Both teams have huge support and proud traditions. Liverpool play their home games at Anfield whilst Goodison Park is the home of Everton. Both football grounds are situated close to each other. In fact, only Stanley Park separates the two grounds. Across the Mersey is the home of Tranmere Rovers. The club plays in the lower echelons of the football league pyramid but they are still very popular. Football fixtures on Merseyside are plentiful with Liverpool and Everton playing home games on alternate weekends so that they can be policed effectively.

In Wallasey, minibus hire to football is very popular. Many groups of fans choose to travel to the games together which allows them to arrive and depart at the same time. Liverpool city centre and the area around Stanley Park can get very busy on match days with parking and traffic proving somewhat difficult at times. Hiring a minibus is the perfect solution to these problems. The minibus can drop passengers off near the respective grounds and then arrange to collect them at a pre-determined location. Another benefit of using a minibus is safety. Many football supporters enjoy a pre-match drink in one of the local bars. By securing the services of a minibus driver, supporters can relax and enjoy themselves without worrying about the journey home.

Minibus hire to football in Wallasey is particularly popular with supporters who travel to away games. Hiring a minibus can be a cost effective way for groups of fans to travel to different parts of the country to watch their team. In many cases, travelling together can be much cheaper than travelling in individual cars as money can be saved on fuel costs. Supporters can relax and enjoy the journey whilst the professional driver negotiates the traffic and decides upon the most efficient route. Choose A2B Travel!

30 th November 2017 The 175 to Irby was delayed on its final journey today due an R.T.A on Downham Road North at 4:44pm your was professional and cared about this passengers. He ensure that we were dropped off a confinement point. I would to pass on my thanks to you driver.